Are you a Finance, Tax, Legal or HR professional commuting over two hours every day? According to the TUC, the service sector has seen the biggest increase in travel time over the last decade, with 130% more workers travelling for two or more hours a day than in 2004.

Serious disruption at Paddington, a week of strikes on South Western Railway coupled with major signal failures has spelt misery for thousands this month. Leading many sector service professionals to question whether their commute is worth it? This blog will take a quick look at the pros and cons of making long commutes and what alternatives are out there.

Let's be honest, money is the reason a lot of people commute to London. According to the office for national statistics, jobs in London topped the regional list for median earnings for full-time employees by place of work, at £713 per week. This is £124 more per week more than the next highest. 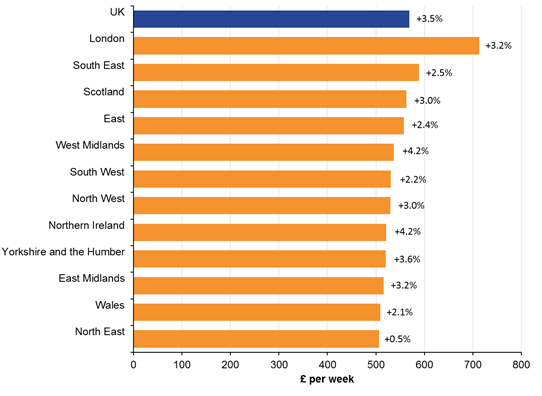 Salary bands for jobs in London are often higher, but, there a few things you should consider. It is well known that rent and house prices in London are far higher than anywhere else in the UK. You get less for your money and pay a premium for the privilege. Whilst rent prices are often lower outside of the city you have to consider the cost of commuting into London. According to the BBC, a full-time worker on the median wage for London will spend an average of 11p in every £1 of their salary on an annual pass, after tax. Prices are set to rise by  3.2% next year too.

While jobs in London are often a popular choice among professionals, it is worth looking at opportunities outside of London. For example, a Tax Director working for one of the Big 4 firms in London can earn anywhere from £110,000 to £200,000. If you compare that with one of the Big 4's regional offices, Tax Directors can command anywhere between £95,000 and £140,000. We recommend that you speak with a regional recruiter, whether it be Finance, Tax Legal or HR, you never know, there could be something a lot closer to home!

According to the government's transport statistics report, people working in London have the longest average commute. With the average rail commute taking 59 minutes compared with the average driving commute taking 30 minutes in the UK, how much of your time is lost getting to and from work? As the saying goes “Time is Money” and while there are many compelling arguments in favour of counting time spent commuting as work time, this has yet to come to fruition. Working locally gives you the flexibility to drive to work and cut down on the time spent in transit. That means more free time to spend with the family, exercising or even finishing off your CV. Again there are a few things that you need to consider about commuting via car. Firstly, do the local roads become carnage at 8 am and 6 pm? Also,  will finding that elusive parking space add to your morning stress?

The commute to London isn’t straightforward either. House prices in commuter towns are still pretty high, even more so when they’re in walking distance of a rail station. If you’re not fortunate enough to live close to a station how will that impact your commute? Will you need to drive, get a lift or even take a bus? These all add time and money to your commute and a missed connection is the worst way to start a working day. When you do finally arrive in Central London, how far from the office are you? If you’re lucky you can walk or make use of one of the many cycle hire schemes the capital has. Otherwise is it another packed bus or tube ride?

One upside of a long commute is the opportunity for a bit of personal time, you can make the most of your transit time in however you see best. According to a study conducted by Dr David Bissell of Australian National University participants said commuting time was the only time they got to themselves during the week, and so used it to dream, relax and meditate.

With everyone’s situation being different, there's no clear answer as to the best solution. Different routines work for different people, however, you can always make an informed decision if you know the facts. Essentially, it is a toss-up between time vs money. Does the money you earn at work justify the time you spend commuting?

Gain an understanding of salary differences for jobs in London compared to where you live and then look at the financial impact that both options have on your life. Take into account commute options and you can start to build a picture of which option works best for you. Don’t forget to take into consideration flexible working options that may be available to you which could ease your commuting situation.

There are clearly a few options here and depending on influences such as salary and expense, the following could work for you:

Pro-Recruitment is a recruitment agency in London and our consultants specialise in Tax jobs, Finance jobs, Legal jobs and HR jobs. Our recruiters are able to offer expert advice on jobs in London and nationwide as well as CV advice. Contact us today on 02072696333 for a discussion on your next career move.